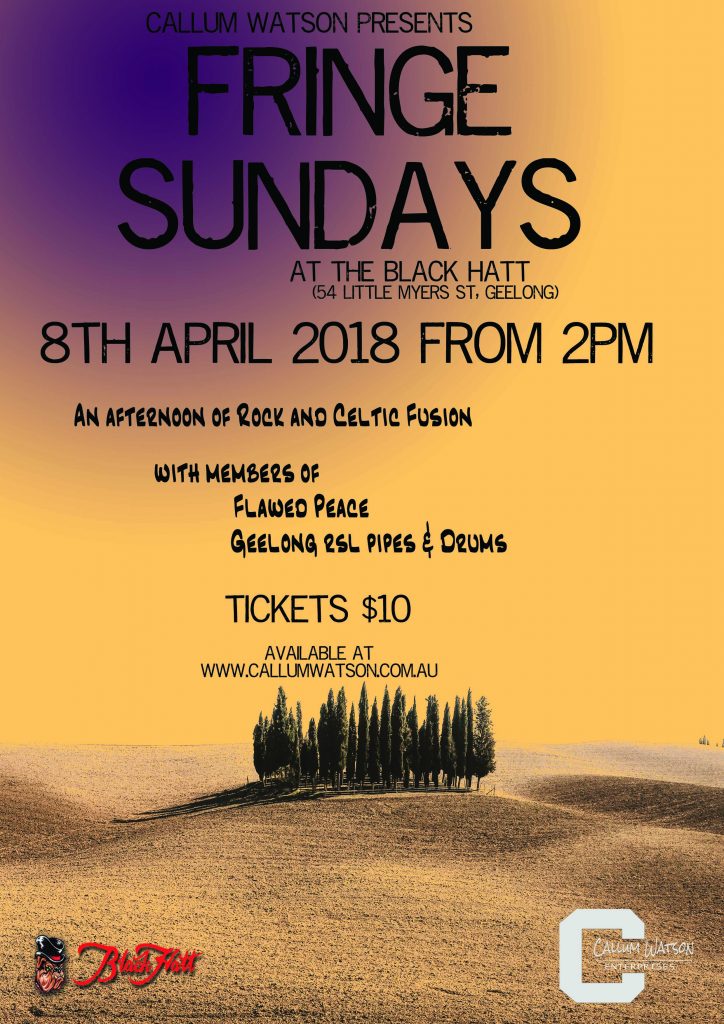 For the first event, members of Flawed Peace and Geelong RSL Pipes & Drums collaborate for an afternoon of Rock and Celtic fusion.
The line up for this performance features local Geelong and Surf Coast musicians including Carlo Muncey and Michael Cordner from local rock band Flawed Peace with addition of Harry Dodd. Callum will be playing pipes alongside Alex Fraser from Geelong RSL Pipes and Drums.

They will be playing new arrangements of songs from the rock, classical and celtic repertoires as well as compositions created by the group.